In 2011, Governor Cuomo tackled the State's high property taxes by enacting a 2% property tax cap and the results have been extraordinary. The tax cap has kept local levies in check, and in total, local taxpayers have saved more than $24.4 billion.

Now the Governor has launched a Tax Fairness for the Middle Class Campaign to make the property tax cap permanent and cut middle class taxes.

Update: The Property Tax Cap is made permanent in the FY 2020 Budget 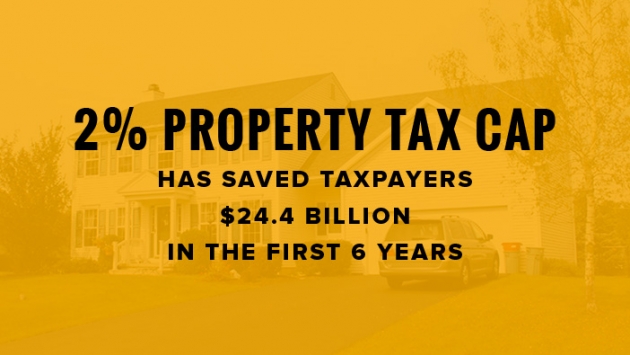 In just the first 6 years of the property tax cap, local taxpayers have saved a total of more than $24.4 billion. 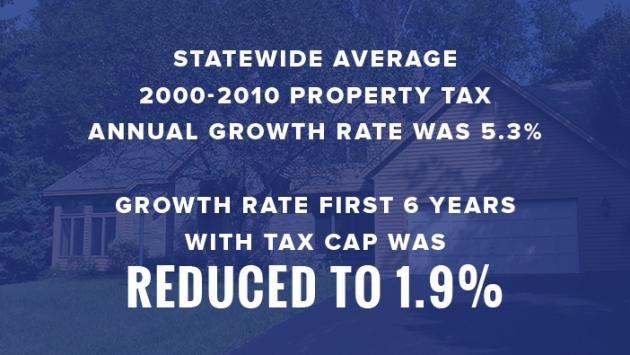 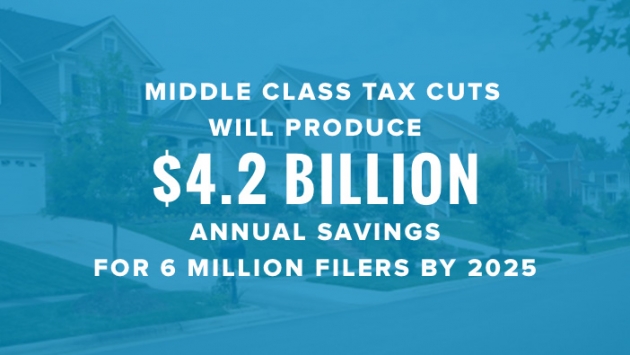 When the middle class tax cuts are fully phased in, they will produce a projected $4.2 billion in annual savings for six million tax filers.

Support for the Permanent Tax Cap

The following groups support and endorse the Governor's Tax Fairness for the Middle Class campaign.

Easing the Burden on Hardworking Families

Make the Tax Cap Permanent
In 2011, Governor Cuomo vowed to bring property taxes under control once and for all. After years of trying to cap property taxes, New York passed the first ever 2% property tax cap. Since the implementation of the tax cap in 2012, local property tax growth has averaged 1.9%, compared to 5.3% average growth from 2000 to 2010, and the tax cap has produced $24.4 billion in taxpayer savings statewide. The property tax cap changed long-term trends and the trajectory of the state.
Middle Class Tax Cuts
As part of the campaign, the Governor remains committed to the phase-in of his historic middle class tax cuts. Under these reforms, middle class tax rates will drop to 5.5 percent and 6 percent, depending on income, when the cuts are fully phased in - an up to 20 percent cut in income tax rates for the middle class - and produce a projected $4.2 billion in annual savings for six million filers by 2025. As the new rates phase in, they will be the State's lowest middle-class tax rates in more than 70 years.
Learn More

Governor Cuomo's op-ed in Newsday explains why it is crucial for New York State to pass a permanent property tax cap.

Read Op-Ed All Tax News Get Updates
The State of New York does not imply approval of the listed destinations, warrant the accuracy of any information set out in those destinations, or endorse any opinions expressed therein. External web sites operate at the direction of their respective owners who should be contacted directly with questions regarding the content of these sites.
Visit Site