Leading the Way in the Fight for Equality

On January 6, 2020, a new salary history ban aimed at bringing New York one step closer to narrowing the gender wage gap takes effect. The new law prohibits all employers - both public and private - from asking prospective or current employees about their salary history and compensation. It also prohibits businesses from seeking similar information from other sources. For many women, if you start your career making a lower wage - often less than men working the same jobs - it’s hard to catch up.

Governor Cuomo believes that in New York state, we are committed to fairness for all workers. That is why, acting on recommendations from the New York State Gender Wage Gap report, the Governor introduced the bill and signed into law this new legislation aimed at breaking the cycle of unfair compensation and further closing the gender wage gap.

New York State is Committed to Fairness for All

Breaking the Cycle of Unfair Compensation 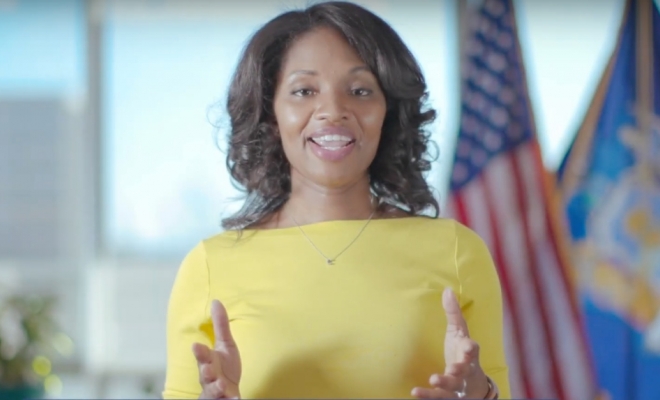 What You Need to Know

Information about the Salary History Ban for job seekers and businesses.

"In New York, we will never stop fighting until we reach full gender equality and economic justice for all."

Email
The State of New York does not imply approval of the listed destinations, warrant the accuracy of any information set out in those destinations, or endorse any opinions expressed therein. External web sites operate at the direction of their respective owners who should be contacted directly with questions regarding the content of these sites.
Visit Site