To report worker exploitation, wage and workplace violations, call the Task Force hotline at 1-888-469-7365 or fill out this form.
Reports may remain anonymous.

Find out how to translate this website into various languages.

Governor Cuomo’s worker protection efforts have helped transform the economic and social justice landscape in New York State. These efforts have shared an overarching mission of protecting workers in the industries where they are most likely to face exploitation, yet do not come forward for fear of retaliation.

To date, the Joint Task Force has launched nearly 16,000 wage theft and misclassification cases impacting nearly 150,000 workers, and recovered nearly $150 million in lost wages, which it returned to 125,000 workers victimized by wage theft.

About the Task Force

Governor Cuomo created the Exploited Workers Task Force with a mission to identify and eliminate worker exploitation throughout New York.

Advisory Committee members will examine and make recommendations on how to best tackle worker exploitation issues.

At the first Task Force meeting, video testimonials were presented that included the experiences of workers who were exploited in various industries across the state. 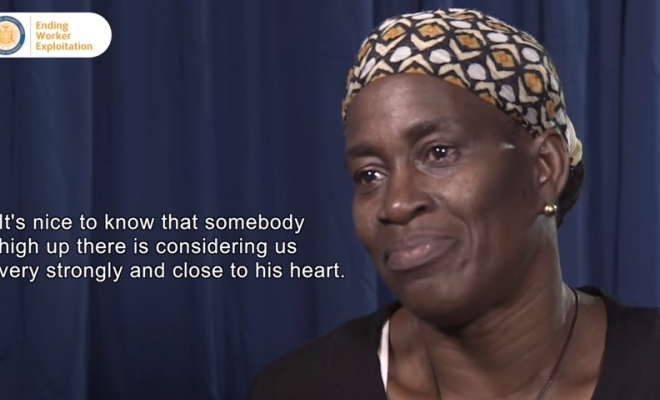 We’re working with employers to foster fair and healthy working environments for their employees.

Cracking Down on Wage Theft in Construction Industry

See the results of a broad partnership to bring criminal charges against contractors who have stolen wages.

Get information on how to ensure that the rights of nail salon workers are protected. 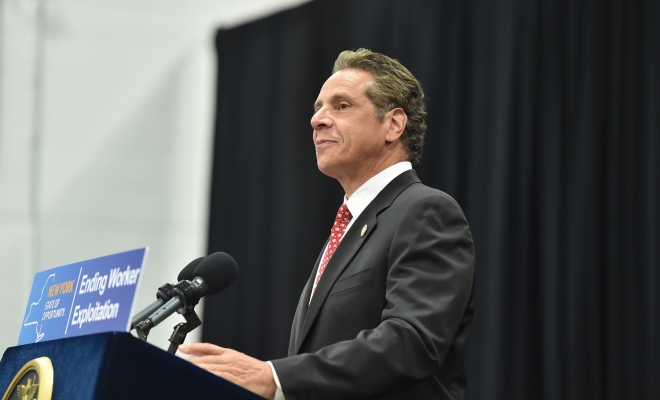 “Governor Cuomo’s commitment to address conditions of worker exploitation are important to New York’s employers, most of whom are committed to responsible treatment of workers. This task force offers an opportunity for the business community to help the Governor ensure that the laws, regulations and enforcement mechanisms are in place to prevent abuse of workers.”

"Today's announcement is a move to protect the rights and improve livelihoods of a segment of our workforce that is too often exploited. The creation of this task force sends a clear message that we will not tolerate worker mistreatment on any level. This is an example of the historic change that can be created through productive partnerships between the labor movement and government."

“For generations, the plight of abused workers went unnoticed – but no longer. Alongside Governor Cuomo and his new task force, we are giving a voice to those exploited workers and taking important steps to regulate industries that have for too long flown under the radar. The creation of this task force gives countless works hope for a brighter future, without unfair and inhumane business practices.”

“Every worker should be treated with respect and dignity – which is why Governor Cuomo’s new task force is so important. By investigating cases of worker abuse and exploitation, the state can better crack down on businesses that take advantage of their employees. This will lead to a safer and better work environment, just as the new laws that the Governor signed today will do for nail salon workers, and we are proud to stand with the Governor in defending New York’s workers.”

See What Others Are Saying
The State of New York does not imply approval of the listed destinations, warrant the accuracy of any information set out in those destinations, or endorse any opinions expressed therein. External web sites operate at the direction of their respective owners who should be contacted directly with questions regarding the content of these sites.
Visit Site