New York is Poised to Take the Lead

A New Era for New York

The CHIPS Act presents the most significant opportunity in modern history for the U.S. to re-emerge as a global leader in microelectronics R&D, workforce education and training, and supply chain transformation by establishing a National Semiconductor Technology Center (NSTC) and building new domestic manufacturing facilities.

New York is home to the infrastructure, resources, expertise, and workforce to lead the effort starting on day one.

With up to $10 billion in economic incentives for environmentally friendly “Green CHIPS” semiconductor manufacturing and supply chain projects—alongside a host of shovel-ready sites, cutting-edge R&D infrastructure and a talented workforce—New York State offers the semiconductor industry the nation’s most compelling advantages for doing business here. 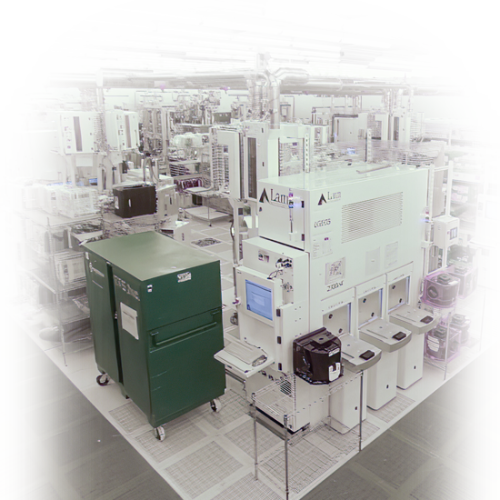 The Albany NanoTech Complex is the most advanced, publicly-owned 300mm semiconductor R&D facility in the United States. And it is ready to expand.

A Leader in Technology and Innovation

New York State has been the leader in computing design, development, and manufacturing since the opening of IBM's Watson Computing Laboratory in 1945 in New York City,

Today we are home to some of the most remarkable microelectronic R&D taking place anywhere in the world, including global industry leaders like GlobalFoundries, Wolfspeed, onsemi, and IBM. New York has the most comprehensive higher education system in the country - the State University of New York - as well as two Ivy League universities and a vast network of public and private institutions that have ensured we can get to work the moment USICA becomes law.

New York is home to the nation's most advanced, publicly-owned 300mm semiconductor R&D facility in the U.S. and has shovel-ready sites for new manufacturing.

New York has the workforce development engine to prepare people for jobs at every stage of the R&D, manufacturing, and distribution process.

Home to SUNY, two Ivy League universities, semiconductor industry global leaders, and R&D facilities, we are prepared to unleash the next generation of chip technology.

Albany NanoTech has developed partnerships with top universities and industry leaders outside of New York and is prioritizing the development of a diverse workforce for the industry.

Read about the semiconductor industry in New York and how New York State will jump-start America's microchip resurgence.

News & Developments
The State of New York does not imply approval of the listed destinations, warrant the accuracy of any information set out in those destinations, or endorse any opinions expressed therein. External web sites operate at the direction of their respective owners who should be contacted directly with questions regarding the content of these sites.
Visit Site