About the Mentoring Program

About the Mentoring Program

Founded by Former First Lady Matilda Cuomo in 1984, the mentoring program seeks to create mentor/mentee relationships for children in schools, foster care, and the court system.

The NYS Mentoring Program was included in the FY2016 State Budget and began to grow each year until the impact of COVID-19 on schools which resulted in the number of programs being reduced by 50 percent. The programs that continued adapted to virtual applications for implementation.

In fall 2021, Governor Hochul announced a new Latina Mentoring Program Cohort to be launched in early 2022 in regions throughout the state. Moreover, the Program has seen a significant uptick in interest and commitment, doubling the number of programs and mentors, bringing the program back to pre-pandemic results.

The NYS Mentoring Program leverages the resources of communities, schools, and businesses to match youth with screened and trained volunteer mentors. Currently, there is one Program Director and eight program staff located in regions throughout the state training and supporting dedicated adults and high-achieving high school students who are matched with students in the school-based program and youth involved in the court system.

The New York State Mentoring Program is the nation’s first school-based one-to-one mentoring program. This highly successful program screens and trains volunteers and matches them to children in their communities. The New York State Mentoring Program follows a research-based model of mentoring in which Mentors and Mentees meet one-to-one in a supervised environment at a set time and location. Mentors serve as our partners in schools, courts and the foster care system. This format not only allows for the volunteer mentors to properly manage their busy schedules, but also provides much needed consistency to the mentoring relationship.

Continue
Benefits of Having a Mentor

Benefits of Having a Mentor

Benefits of Having a Mentor

What does Mentoring Entail:

Continue
How to Become a Mentor

How to Become a Mentor

How to Become a Mentor

Apply to be a Mentor 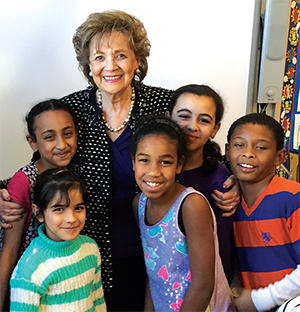 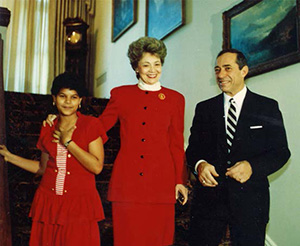 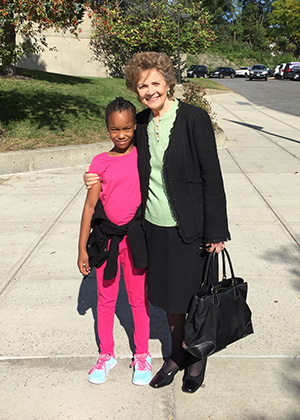 The Honorable Matilda Raffa Cuomo’s life has been dedicated to service, as evidenced by her longstanding role as a respected and distinguished advocate on behalf of women, children, and families.

As First Lady of New York State (1983-1995), she diligently worked with state and elected officials and community leaders to establish programs to prevent child abuse, strengthen families, promote adoption for foster care children, and improve school absenteeism and retention. Her work has been invaluable and its impact can be felt even today. Mrs. Cuomo has been described as the most active First Lady in New York State’s history.

Mrs. Cuomo chaired and served as chief spokesperson for the New York State Decade of the Child initiative, co-chaired the Governor’s Commission on Child Care, and chaired the New York State Citizens Task Force on the Prevention of Child Abuse and Neglect. In addition, Mrs. Cuomo led New York State’s participation in the United Nation’s 1990 World Summit for Children and the U.S. ratification of the UN Convention on the Rights of the Child. She also traveled to Africa with Harry Belafonte on behalf of UNICEF and was associated with the Day of the African Child since its inception in 1990. In 1994, Mrs. Cuomo was invited to the Republic of Malta by the International Steering Committee of the United Nations to launch the International Year of the Family, and in 1997, she was invited by President Clinton and Colin Powell to participate in the President’s First Summit on Volunteerism. Also in 1997, Family Circle magazine selected Mrs. Cuomo as the Lifetime Achievement winner. She now serves as a lifetime National Assembly Board Member of the National American Cancer Society and as a Board Member of the President’s Council of Memorial Sloan-Kettering Cancer Center in New York City.

In 1984, Mrs. Cuomo chaired the committee that established the nation’s first school-based one-to-one mentoring program. The highly successful New York State Mentoring Program screened and trained volunteers and matched them to children in their communities as a way to prevent high school drop-out. Before the program ended in 1995, it reached more than 10,000 students statewide, connecting thousands of adolescents to a network of highly trained mentors to help them succeed in school, to graduate, and to advance to the workplace as committed, socially responsible citizens.

In his 2015 State of the State address, then Governor Andrew M. Cuomo announced New York State’s recommitment to mentoring by reestablishing The New York State Mentoring Program, chaired again by his mother, Mrs. Cuomo. Her leadership will help allow New York to once again lead the way in mentoring children toward successful outcomes with a renewed emphasis on one-to-one mentoring, innovative programming, and ongoing support for the needs of children in our state.

In October 2016, Mrs. Cuomo was awarded the very first Matilda Raffa Cuomo Humanitarian Award at the Midwood High School 75th Jubilee Gala, to not only honor her work with the New York State Mentoring Program, but also her lifelong commitment to helping students succeed and encouraging them to continue their education. Each year going forward, the award will be given to a Midwood High School student who best exemplifies Mrs. Cuomo’s qualities, intellect, and morals, and who uphold the values of perseverance, genuineness, and integrity.

If you have questions about The New York State Mentoring Program, please call or email us.

[email protected]
The State of New York does not imply approval of the listed destinations, warrant the accuracy of any information set out in those destinations, or endorse any opinions expressed therein. External web sites operate at the direction of their respective owners who should be contacted directly with questions regarding the content of these sites.
Visit Site